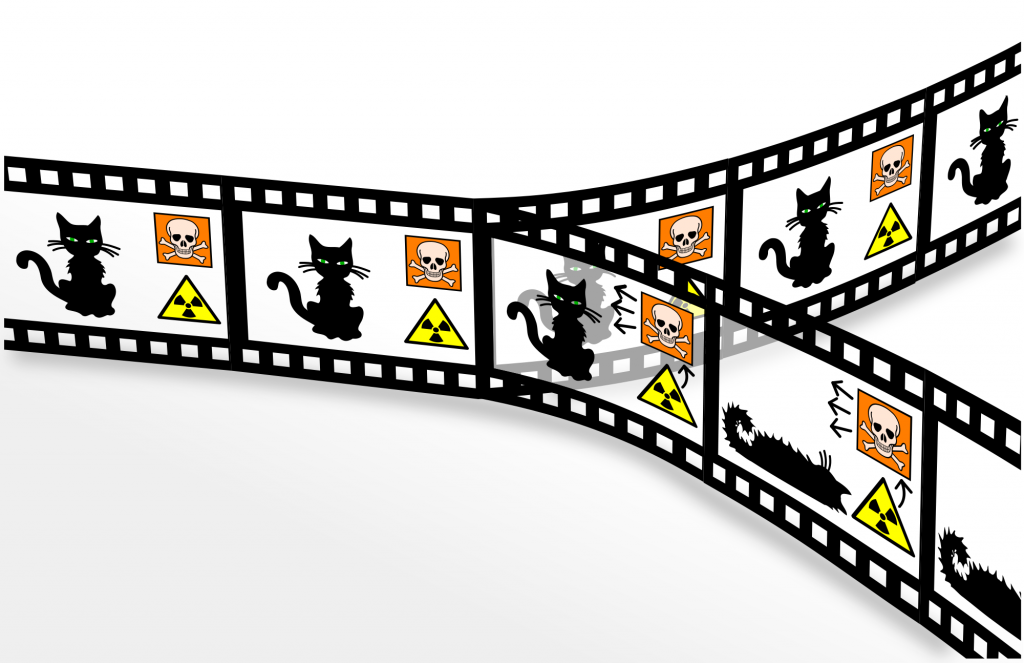 Erwin Schrodinger, born in Vienna on August 12, 1887, is best known for his work in quantum theory, particularly his thought experiment involving a cat.

So what has this particular experiment by Schrodinger got to do with the cats?

Schrodinger wanted people to imagine a cat, poison, a Geiger counter, radioactive material, and a hammer were inside of a sealed container.

The amount of radioactive material was minuscule enough that it only had a 50/50 shot of being detected over the course of an hour.

If the Geiger counter detected radiation, the hammer would smash the poison, killing the cat. Until someone opened the container and observed the system, it was impossible to predict if the cat inside is alive or dead.

Thus, until the system collapsed into one configuration, the cat would exist in some superposition zombie state of being both alive and dead.

But, it is practically impossible for a large sized organism to simultaneously be alive and dead or exist in more than one state.

While quantum superposition works out for minute particles like electrons, larger objects must be treated differently in quantum mechanics. Thus, Schrodinger proved that Copenhagen's Interpretation was flawed with his famous thought experiment.