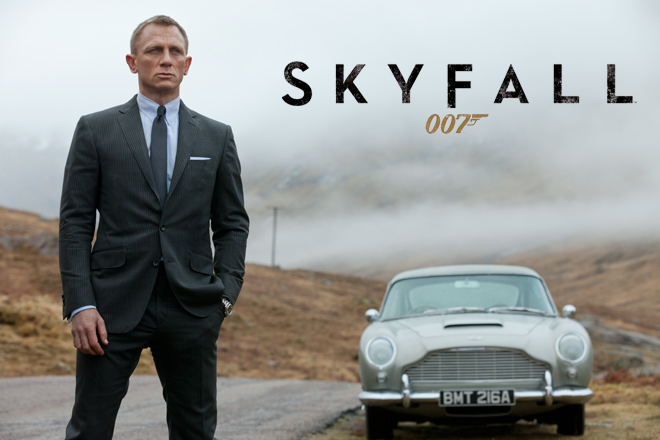 "Skyfall" is the theme song of the 2012 James Bond film of the same name, written and performed by British singer Adele.

Chosen because of her music having a soulful, haunting, evocative quality, Adele further aimed to capture the mood and style of the other Bond themes, including dark and moody lyrics descriptive of the film's plot.

Right from the time of contract to completion, the song took 18 months to complete.

Sky fall was released on 5th Oct 2012, marking the 50th anniversary of 'Dr. No', the first James Bond movie.

It became the first Bond theme to win at the Golden Globes, the Brit Awards and the Academy Awards. It also won the Grammy Award for Best Song Written for Visual Media.

During the 85th Academy Awards, Adele performed the song live for the first time.

"Skyfall" is an orchestral pop song with a duration of four minutes and forty-six seconds.

The song was composed in the key of C minor using common time at 76 beats per minute.