Home » Aside » Spectrum In The Sky

Spectrum In The Sky 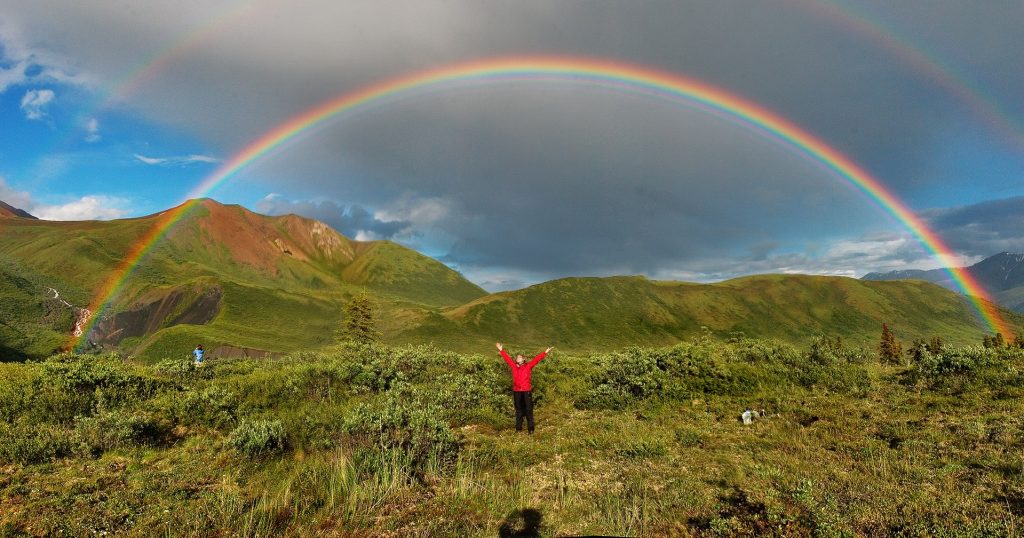 A meteorological phenomenon, the rainbow is caused by the reflection, refraction, and dispersion of light resulting in a spectrum of light appearing in the sky. It takes the form of an arc. Rainbow is also formed in full circles. But, on an average, an observer sees only a semicircle.

In theory, every rainbow is a circle, but only its upper half can be seen by the ground observers. Rainbow always appears in that section of the sky which is opposite to that of the sun. Therefore, as the sun approaches the horizon, more of the colorful circle comes into our view. That is, the largest section of the circle (50%) is normally seen during sunrise or sunset.

Rainbows can be observed whenever there are water drops in the air and sunlight shining from behind the observer at a low altitude angle. Because of this, rainbows are usually seen in the western sky during the morning and in the eastern sky during the early evening.