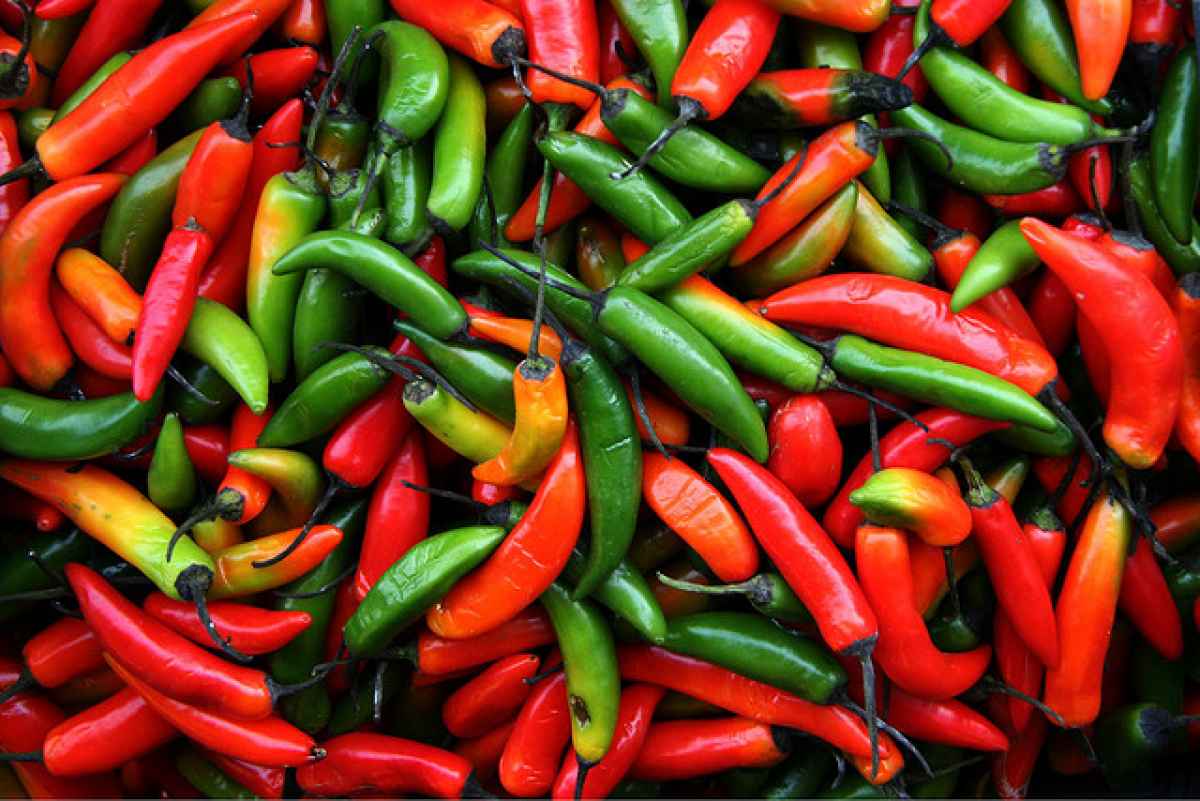 You are very hungry and Mom is cooking your favorite pasta. The mere site of it elevates your hunger and makes your mouth water. You eagerly watch her prepare it. Suddenly, she puts in a spoonful of chilly flakes into the pan by mistake while talking to you.  The pasta is almost cooked and there is nothing you can do as the damage is already done. Unable to resist anymore and without thinking about the repercussions, you devour the whole of it. The spicy food causes your nose to run and eyes to tear up and your mouth is on fire.

I am sure all of us must have experienced this, but how many of you know the reason why this happens?

Let us look at the scientific explanation for the same.

The spicy flavor is technically called as pungency.  Pungency is the technical term used by scientists to refer to the characteristic of food commonly referred to as spiciness or hotness and sometimes heat, which is found in foods such as chili peppers.

The pungency is due to the chemicals known as Capsaicin and Allyl The chemical responsible for the  isothiocyanate.

Capsaicin – is the chemical found concentrated in the placental tissue of Chile peppers.

Allyl isothiocyanate – is an oil contained in plants like mustard and radishes (including horseradish).

The use of these deadly chemicals

You must be thinking why on Earth do these deadly chemicals occur? Their occurrence is not pointless you know.

The plant species use these chemicals as weapons. These chemicals act as biological weapons against predatory animals. The presence of the chemicals keeps the animals at bay and allows the dispersal of seeds which would otherwise have been eaten by the animals.

These irritate any soft tissue that comes in contact with these. There is the burning sensation that accompanies the contact. The post-chili handling has its distinct sting and has disastrous effects if it comes in the contact of eyes.

Why a runny nose? 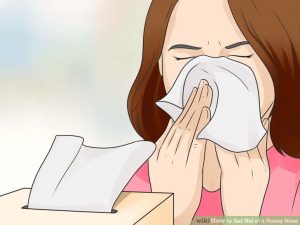 The Capsaicin or Allyl isothiocyanate hits the mucous membrane of the nose. The mucous membranes are the protective lining of our lungs and various other body cavities and opening. They protect from infectious agents such as fungi, bacteria, and viruses.

The mucous membranes go into the defense mode and becomes inflamed. The mucous producing membranes overwork and start producing extra mucous. The extra mucous is to entrap allergens and other undesirables, and keeping them out of your respiratory system by removing them via the nasal passage. The chemicals irritate the layer of the eyes too, thus tears are produced to flush out the irritants. 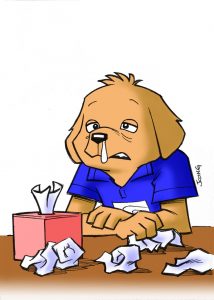 The chemicals irritate the nasal passage and cause the dilator naris muscle in the nose to dilate. The dilation allows more air to enter temporarily. With more air coming in, the receptors tell our brain that breathing has become easier. This is the same reason why during cold and congestion, it is advised to have spicy food. The spicy food can make you feel a little better. But, hey the effect is temporary and you get back to the same old stuffy nose condition, as soon as the heat of the spicy chemicals wear off. It may make things worse in the long run as there will be extra mucous plus the congestion. So don’t be fooled and believe that the hot, spicy bowl of soup has some magical healing properties The first thing that a person does when they encounter any spicy food is to grab a bottle of water and gulp it down. But, we would advise you to stay away from water and try milk instead.

Owing to the oily nature of Capsaicin it does not dissolve in water. Thus water will be of no help.  As far as milk is concerned it has a protein casein, which is a lipophilic (“fat-loving”) molecule that dissolves the capsaicin molecules and washes them away, just like detergents wash away oil.

You can also try sugar dissolved in cold water. The solution helps to overcome the burning sensation of capsaicin too.

If the normal little green chilies can do this to you, think about having more than one Bhut- jolokia, the world's hottest chili pepper, according to Guinness World Records. I cannot even imagine being alive after that.

So, the next time you try to take up the spice challenge, keep some milk within reach.

Published in Biology and Chemistry