Home » Aside » Staying Alive Through a Car Crash

Staying Alive Through a Car Crash 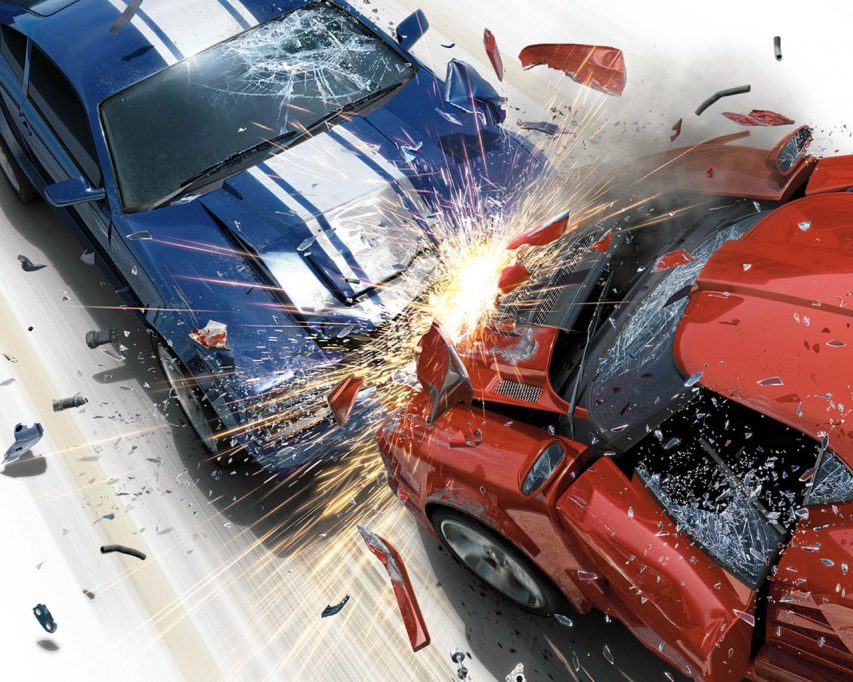 Automobile safety has come a long way since the first car was produced. The need for safety is paramount since automobiles have become faster, more manoeuvrable over the years and can cause serious injuries in case of a mishap – both to the person and property outside as well as to the occupants of the car. Some states have made certain safety features in automobiles mandatory to be street legal. An additional feature is a choice of the manufacturer, who often uses this as a marketing gimmick too. One of the most common safety components in today’s automobiles is the airbag.

An airbag inflates within few microseconds when the automobile is subject to an impact. Cars today have multiple airbags to secure passengers from frontal as well as the impact from the sides.

But do you know how an Airbag works?

In the working of airbag, science plays a crucial role.

As per Newton's first law of motion, every object in a state of uniform motion tends to remain in that state of motion unless an external force is applied to it. Newton's third law of motion also tells us that for every action there is an equal and opposite reaction. 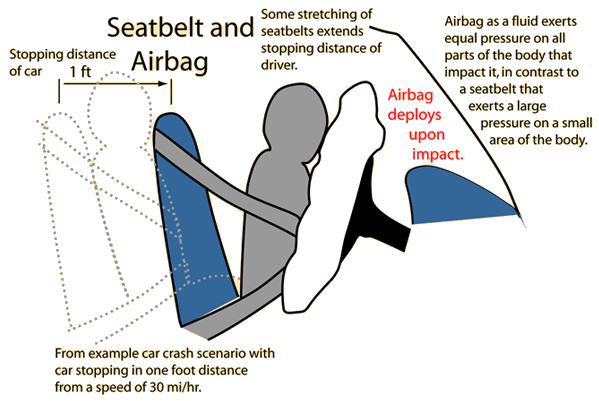 Moving objects have momentum, which is the product of the mass and velocity of an object. Unless an outside force acts upon the object, it will continue to move at its initial velocity (both speed and direction). Cars consist of several objects, including the vehicle itself, loose objects in the car, and the passenger(s). Unless they are restrained, the car's contents will continue moving at the car's velocity (Newton's first law), even if the car is stopped suddenly by a collision.

When a car crashes at a high velocity, a large amount of force is produced and thus a very large force is needed to stop the objects inside, because the car's momentum has changed instantly while the passengers’ has not. The goal of an airbag is to slow the passenger's forward motion as evenly as possible, through cushioning, in a fraction of a second. Otherwise passengers are likely to suffer major injuries.

There are three parts to an airbag that helps accomplish this feat: 
An airbag must be able to deploy in a matter of milliseconds from the initial collision impact. It must also be prevented from deploying when there is no collision. Hence, the first component of the airbag system is a sensor that can detect head-on collisions and immediately trigger the airbag's deployment.

The sensor is the device that signals the bag to inflate. Inflation happens when there is a collision force similar to like running into a brick wall at 10 to 15 miles per hour (16 to 24 km per hour). A mechanical switch is flipped when there is a mass shift, that closes an electrical contact signalling to the sensors that a crash has occurred. The sensors receive information from an accelerometer built into a microchip.

The airbag's inflation system reacts Sodium Azide (NaN3) with Potassium Nitrate (KNO3) to produce nitrogen gas. Hot blasts of the Nitrogen inflate the airbag. This gas fills a nylon or polyamide bag at a velocity of 150 to 250 miles per hour. This process, from the initial impact of the crash to full inflation of the airbags, takes only about 40 milliseconds.

Inside the airbag is a gas generator containing a mixture of NaN3, KNO3, and SiO2. When the car undergoes a head-on collision, a series of three chemical reactions inside the gas generator produce gas (N2).

The nitrogen gas fills the airbag. The purpose of the KNO3 and SiO2 is to remove the sodium metal (which is highly reactive and potentially explosive) by converting it to a harmless material. The sodium reacts with potassium nitrate (KNO3) to produce potassium oxide (K2O), sodium oxide (Na2O), and additional N2 gas. The N2 generated in this second reaction also fills the airbag, and the metal oxides react with Silicon Dioxide (SiO2) in a final reaction to produce silicate glass, which is harmless and stable.

Even though people may drive carefully, accidents happen. When it happens, it is comforting to know that the world has progressed such that various technologies have converged to ensure our safety.