Home » Aside » Terrorism; A Political Malaise in India

Terrorism; A Political Malaise in India Terrorism does not need any preface as its scourge has been borne by people and nation of all hues but the correct respond is not reflected from the all the religious segments and political entities, if speaking in context to India. If the contemporaneous terrorist attacks are in hindsight, then it is established that umbilical cord of the terrorist are attach to a particular religion. The phenomena of Jihad, a mission carried against the infidels all across the globe to impose the sharia law have bred lethal Islamic organization of different denominations such as the boorish Islamic State of Syria and Iraq (ISIS). Russia was only nations to showcase its military might against the ISIS when it launched aerial onslaught on ISIS. 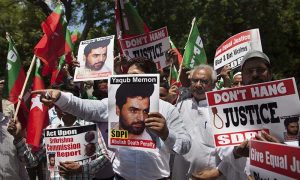 In India, respond to terrorism has been lackadaisical owing to politicisation of even monstrous leitmotif. Here, even political dispensation act as shield to terrorist affiliated to a particular religion and in follow-up, the bogey of communalization is fanned. The political entities surviving on the keynote of secularism are largely responsible along with the overseas-funded Human Right organization for avoid resolute actions against terrorism. If we peep in into antecedents of litigation carried out against the terrorists, coteries of pseudo human right groups have not desisted from knocking the door of Supreme Court, the apex court of the land even at 12 AM. The lust for power and indignation for political opponent is a common trait in a political spectrum, but to palliate a jihadi assassin, who had set out annihilate a CM of a state is bizarre scenario mirrored in India. 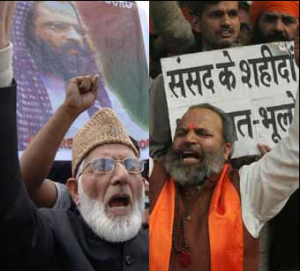 ract political mileage. Instead of trouncing the malady of terrorism, it is countered by germinating new term such as ‘saffron terror’ to stigmatise the majority population and also to propitiate the minority religious segment. The authenticity of operation taken out by the security forces to exterminate the terrorists is also questioned to suit secular political milieu, thereby staking the credibility of the brave security forces. Apart from breaching the constitutional propriety, even integrity and the morale of security agencies is staked, who are pawned in the battle against the menace of terrorism. The paradigm are when the mercy petitions are extended at the behest of the political parties seeking release of d readed terrorist who had assassinated a Chief Ministers and Prime Ministers by Srimoni Akali Dal, a Sikh eccentric party of Punjab and Congress respectively.

The policy of appeasement has refrained; particularly self-styled secular political coalition from curtailing the mushrooming fundamentalist organisations who connive with external jihadi elements to unleash mayhem on our soil. To stem and pre-empt the seepage of the ISIS, the government has employed all the security apparatus, only to our dismay it was countenanced by an Hyderabad-bound political party. If this malaise, is not remedied by the political entities, which are hell bent to bend over backward to propitiate a particular religious segment at the expense of the national security would only radicalise the groups who are hitherto silent.