Home » Aside » The Right Opposition 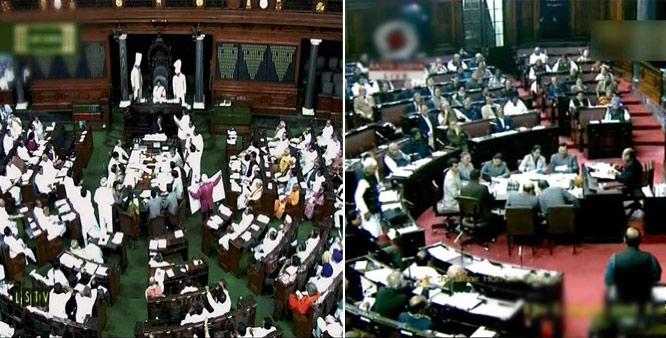 In a parliamentary democracy, it is vital to have a vigilant opposition, one that can counter the government on issues bearing potentially undesirable implications on people and the country at large. As has been the trend in the last thirty years, the dispensation has been motley of political parties glued with common agenda of sharing power at the centre. But the scenario was not so with regard to opposition in the Parliament, as this was occupied by singular political party, be it the one or another.

If we examine the electoral history of the last thirty years, in comparison to the General election for Lok Sabha held in 2014, the last election to have delivered absolute majority was that in 1984. This was when the Congress party was able to garner unprecedented numbers of seats tallying 415 as attributed to the sympathy wave following the assassination of the late PM Indira Gandhi. The opposition role was played by the Telugu Desam Party, led by film star from the southern state of Andhra Pradesh, N. T. Rama Rao and had emerged as the second largest party with 30 seats. TDP became the national opposition party despite being a regional party; the first and only regional political party to achieve the distinction since independence. 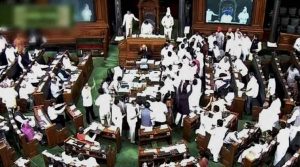 The Bharatiya Janta Party (BJP) that had two representatives in the Lok Sabha of 1984, has become a ruling party today with absolute majority, and the Congress is reduced to 44 seats, the lowest tally ever in the history of the party. Constitutionally, It is not recognised as the opposition party in the Lok Sabha, as a party has to get 10% of the total seats, nor it has the leader of opposition in the lower house. The resultant of this is borne by the citizens of the country, who are strangulated by the logjam in the Parliament as the so-called opposition party has failed to counter the government with logical deliberations in the house. The main party in opposition had established itself as the opponent to the country instead of being to the government as it has resorted to holding the Parliament to ransom, session after session with its petty demands.

The recalcitrant Congress, having a fraction of MPs in Lok Sabha have used nefarious means to cohort with parties in the Rajya Sabha, the upper house in the parliament to evade deba 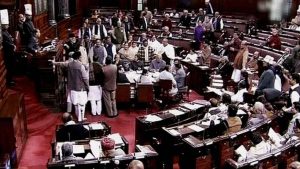 tes even on issues of national importance. The cohorts are same political entities who considered the ruling party as a threat to their survival.There are other parties too, which despite having ideological differences with government, have extended support to overcome the challenges faced by the nation. The nation has witnessed multiple sessions of the parliament being washed out without any legislation, unaware that each session of parliament jettisons the exchequer’s coffers with crores of rupees, beside the subsidised canteen meal gorged by the politicians.

The stratagem of obstructionism employed by the opposition has manoeuvred the government to bring in Ordinances to pass laws of imminent significance. Such antagonistic behavioural pattern of the opposition is best exemplified with the hostage of GST bills in Parliament, particularly in the Rajya Sabha, where it has the numbers. The government too should showcase its might with its majority by calling in for joint session of the Parliament to formulate legislations and as an act of deterrence to recalcitrant opposition. The onus is very much on the opposition to prove itself to the voters as an alternate to the government by keeping the essence of Parliamentary democracy  alive.