Home » The Tune of Democracy

The Tune of Democracy

Elections are the festivals of democracy. India is the largest democracy in the world. People over the age of 18 are considered as eligible voters. The voting age historically was pegged at 21 and was altered by 3 years during the Congress government regime under the aegis of the then Prime Minister Rajiv Gandhi. The Universal Adult Franchise has been extended to every citizen of the country post the country’s independence in 1947. The responsibility to conduct free and fair elections in India has been entrusted to the Election Commission of India, an autonomous constitutional authority, headed by the Chief Election Commissioner and two additional commissioners. 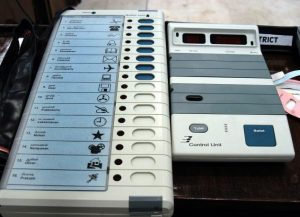 There are around 2000 registered political parties in India. The Indian National Congress is the oldest one, formed in 1885 during the course of the Indian National Movement against the Colonial power. Mahatma Gandhi was a member of this party. The first general election to Lok Sabha was held in 1951-52 and since then 16 successful elections have been witnessed in the country, the most recent one being in 2014. The methodologies associated with the election have also evolved – from ballot boxes to Electronic Voting Machines, thus yielding a quick result apart from the accuracy and risk mitigating characteristics associated with this. A regular propaganda by the Election Commission of India has also resulted in an increase in voters turn out.

The political parties in India are generally categorised as National and Regional parties. There are currently six National Parties, as recognised by Election Commission of India. The Bharatiya Janata Party (BJP) is the only non-congress party to secure absolute majority in the Parliament till date. The entire spectrum of political parties has some sort of ideological angle to woo voters in the election, largely characterised by religion and caste as the dominant factors. The first-past- the-post system is the established procedure in India, in which the candidate with maximum vote is declared elected.

India being a country where more than 70% of the population is still rural, elections are characterised by an abundance of liquor, muscle power, criminal–politician nexus, money and allurement with freebies. The past instances of elections reveal incidents of booth capturing and proxy voting, although this have been curbed to great extent.

Elections are also carried out for Legislative Assembly in the respective states, Municipal Corporation of the Cities and Towns, besides elections to Gram Panchayat, providing a commendable example of grassroot democracy in India, as expressed by Mahatma Gandhi. These are generally direct elections where voters elect their representatives. There are indirect elections too where representatives of the people cast votes on behalf of the voters. The examples of such elections are for the Rajya Sabha and Legislative Council.

The election is a giant national mission, having huge costs on the exchequer, along with involving security agencies tasked to secure the voters and the polling staff. In the earlier decades of post- independence, the elections to the Legislative Assembly and Parliament were held simultaneously until the imposition of Emergency by Congress Government led by Indira Gandhi. Currently there are still four to five states, where election for MP and MLA are carried out simultaneously minimising costs and logistics challenges. 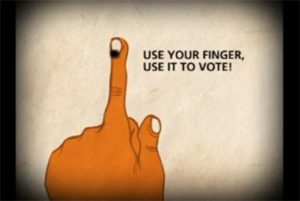 As a festival of Democracy, voters too should participate in elections spiritedly (but without consuming spirits), to exercise their franchise to elect the right candidate. If we don’t elect the right person who can represent us to look progressively and alleviate the problems being faced by the citizens, we cannot complain whn they get to power and do a shoddy job of it.

The dictum rightly goes, before you point your finger to your representative, make sure your finger is inked.