Home » Transformation of Science (From Vedic to Modern)

Transformation of Science (From Vedic to Modern) Vedas is one of the oldest handwritten documents in the world. It has always been controversial who had written it? In reality, it is not written by a single author. It is a collection of hymns revealed by ancient sages. The sages (rishis) had names like – Angiras, Bhirgu, Yajnavalkya and Gargi(Gargi was a woman). These sages sought to understand the fundamental truth of life – Why are we born? How did the world come into existence? The aim of life? Etc. Due to their deep meditation and intense inquiry, God revealed these sacred truths to the ancient sages and then the sages composed hymns and texts in the Sanskrit language to express these truths, these kept on passing from one generation to another. Eventually, the great rishi, Vyasa compiled all their hymns and texts into four collections known as Vedas.

Put simply, Veda means knowledge. Vedas are the backbone of India’s traditions. Vedas are divided into four parts such as the Rigveda, the Yajurveda, the Samaveda and the Atharvaveda. Each Veda has been subclassified into four major text types – The Samhitas (mantras and benedictions), The Aranyakas (text on rituals, ceremonies, sacrifices and symbolic sacrifices), The Brahmanas (commentaries on rituals, ceremonies and sacrifices), and The Upanishads (text discussing meditation, philosophy and spiritual knowledge).

It provides exhaustive information on various subjects such as  astrology, Ayurveda, religion, nature etc. The combined information of all sciences is known as Vedic science. 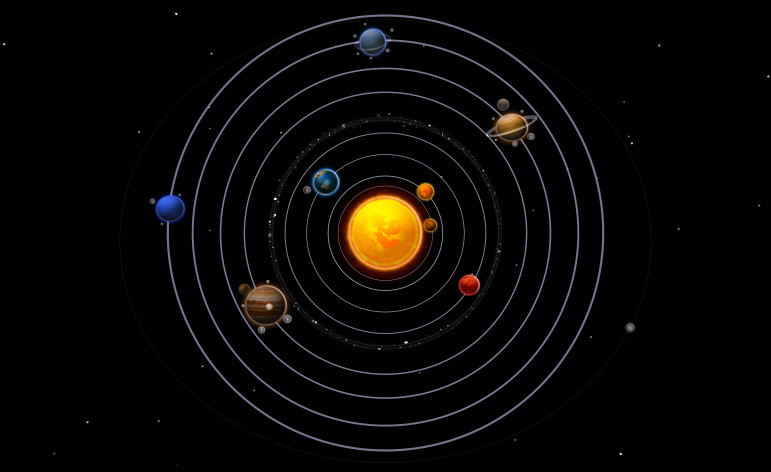 We usually believe that inventions are more to do with the post-Renaissance era and have originated mainly from the West. However, it would be more appropriate to acknowledge that the west has put things in better perspective and published their works widely for common man’s awareness. This can be safely thus stated since the scientific discoveries made by modern science, have been found to be already mentioned and explained in Vedas. We all know that modern science has put forth logic and evidence that planets revolve around the sun. This fact has already been explained in the Vedas, such as, in

“This earth is devoid of hands and legs, yet it moves ahead. All the objects over the earth also move with it. It moves around the sun”.

“The sun has tied Earth and other planets through attraction and moves them around itself as if a trainer moves newly trained horses around itself holding their reins.”

There is also an example that shows, how Vedic science explains the distance between earth and sun. As we all know, the measurement of a distance between earth and the sun was made possible through the advancement of modern science. But with a proper interpretation of a Hindu prayer “Hanuman Chalisa”, it becomes clear that that two lines of that prayer actually tells us about this distance with great simplicity that becomes common knowledge. 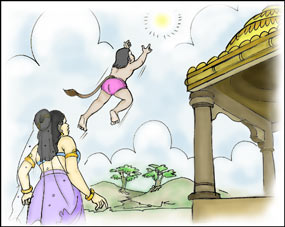 Around 4 July, the distance between earth and sun is around 152,098,232 kilometres (aphelion orbital axis) which are very close the figures described in simple words by Goswami Tulsidas in Hanuman Chalisa.

Hanuman challisa was written by Goswami Tulasidas (born in 15 century) in Awadhi language who belongs to 15 century, which means the distance between the Sun and earth had been calculated much more accurately than the 17th-century scientists even before 2 centuries.

As we can see that modern science has assisted in providing a more articulated and well-documented aspect of every discovery. In some areas, it has also been deficient in decoding the theory of Vedic science such as “Ayurveda”. (It is branch Vedic science which deals in human health and medicine). A particular problem, which is still unrecognised by allopathy, homoeopathy and other sciences, as an example, is the healing of the navel ‘moves’ (Dhahran Gir Jana problem, as mentioned in Vedic science (“Ayurveda”). Just as a misalignment may occur within the spinal cord, so a misalignment of the navel and stomach muscles (rectus abdomens) may also occur. The displacement is caused by similar activity i.e. picking up heavy objects, a sudden twisting or bending movement, sexual activity. After the navel has shifted once, it is a problem that occurs frequently, there is no any medicine that helps in this problem. Ayurveda explains the remedy of this problem such as yoga practices and some pressure point that need to be actuated to cure this problem.

Our endeavour should be to connect modern science with Vedic science and represent this connection to our upcoming generation in such a manner so that they can also realise the importance or get the gift of ancient Vedic discoveries that tend to get camouflaged through the propaganda of modern science. If we are able to put forth this inter-relation between these two sciences, it is possible that the generations to come would forge ahead as smarter beings.  There are so many elements and precious jewels of information in Vedas, ocean of knowledge is before you dive in it and dig the jewels out of it. This gleaming knowledge will not enrich our country but will also give subtle direction to our future.