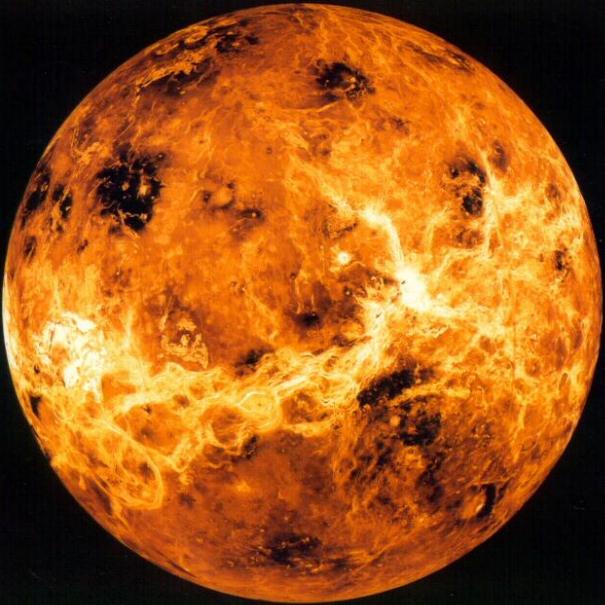 Venus, also known as Earth’s twin sister is the third brightest object in the Earth’s sky after Sun and moon.

The planet has an apparent magnitude of -3.8 to -4.6, which makes it visible in a bright, clear sky.

The planet is named after the Roman goddess of love and beauty, Venus.

While most other planets rotate counter-clockwise on its axis, Venus rotates in a clockwise direction. This is known as the retrograde rotation.

Venus is also the hottest planet in the solar system.