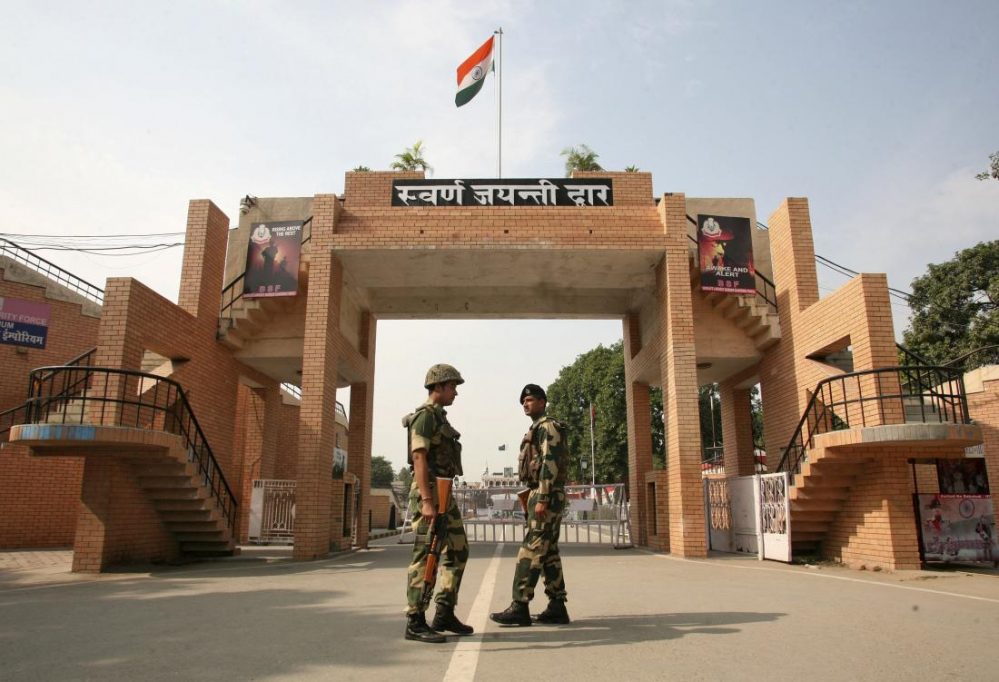 The Wagah Border also known as the Berlin Wall of Asia, is the sole border road crossing between India and Pakistan, which is on the historic Grand Trunk Road that connects Amritsar in India and Lahore in Pakistan.

The border came into being when the Radcliffe line was drawn, distinguishing India and Pakistan, and dividing the village of Wagah into eastern and western parts. The eastern part is in  India, and the western part in Pakistan.

This serves as the international border checkpoint between the countries.

The Delhi-Lahore bus service and the Samjhauta Express train services between Delhi Lahore go through this border.

The Wagah border is about 30 kilometers from Amritsar. Every evening there is a flag ceremony before the gates are closed. There is an aura of celebrations every evening here, with patriotic songs played before the actual ceremony begins.

The Flag ceremony procession is marked with loud shouts of patriotism from both sides. The procession happens with clinical military precision and lasts for around 45 minutes. Well dressed, six-seven feet tall, Indian "Border Security Force" soldiers in khaki, and Pakistani "Sutlej Rangers" soldiers dressed in black, take part in the ceremony in ceremonial attire.

For the flag retreat, the soldiers take the permission from their commanders and march towards the gate at the border. Their march is extremely energetic and passionate, with the feet of the marching soldiers rising almost to their foreheads. The tapping sound that their boots makes is very loud, and is audible at quite a distance.

As the soldiers of both sides reach the gate, it is flung open. The flags of both countries, flying high at the same height, are  lowered with full respect and brought back. The soldiers salute each other and then lower the flag. 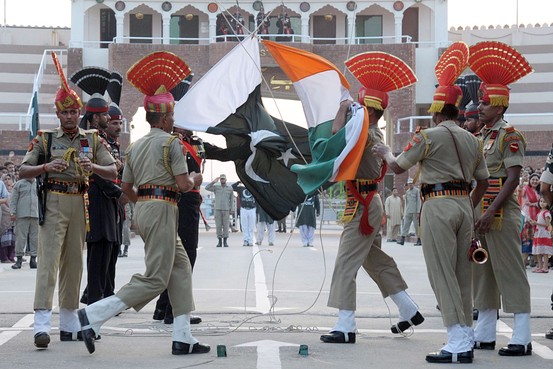 The strings with the flags attached are of equal lengths, and the lowering of flags is so immaculate that the flags make a symmetrical "X" at the point of crossing. The flags are then carefully folded and the gates are slammed shut. A loud sound of a trumpet announces the end of the ceremony, and the soldiers march back with their respective flag.