Home » You Are Smarter Than You Think!

You Are Smarter Than You Think! 202
SHARES
Share With FriendsTweet
It will take much more than 10% of your Brain to read this article.

Adding to that mystery is the myth that humans “only” employ 10 percent of their brain. An access to the other 90% will allow you to do anything you wish.The human brain is complex. Besides performing millions of mundane acts, it is the house of all human feelings, behaviours, and experiences, and is solely responsible for memory and self-awareness. The brain remains a mystery for many.
But do you really think that you use just 10% of it? The question itself is funny.

Let’s say, that as you are reading this article and eating a chocolate. Your frontal lobes are engaged in thinking and reasoning. The parietal lobe gives you the perception of taste and smell of your chocolate. The occipital lobe helps you to see.
And during all this, all your systems like respiratory, circulatory, endocrine, immune are working fine and in co-ordination. Thank your Brain for that!  And we still believe that Our Smart brain uses only 10%? 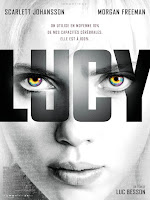 MAY BE LUCY GOT IT ALL WRONG!

Lucy, the sci-fi thriller encourages the myth. In the movie, the brilliant Professor Norman (played by Morgan Freeman) states, “It is estimated most human beings use only 10 percent of their brain’s capacity. Just imagine if we could access 100 per cent.” Lucy develops the ability to use the ‘untapped part’ (the remaining 90% of brain), which lies idle in most people.

She gains a full access to her cerebral capacity and gains superhuman abilities, like photographic memory, encyclopaedic knowledge, psychic abilities, telekinesis (moving objects with her mind) and control over time.
https://www.youtube.com/watch?v=Tt2dEep9vHA

ORIGIN OF THE MYTH

The lack of technology made it more difficult to understand the functioning of the brain and the hence paved way for the myth. It received another credibility boost in the 1930s when American Psychologist Karl Lashley discovered that rats could relearn specific tasks after enduring damage to the brain. Others claimed that Einstein’s intellectual expertise was because he used more than 10 percent of his brain. , which stated, “We are making use of only a small part of our possible mental and physical resources.” Gradually, the statement got distorted and people gave figures to it like 10%. The Energies of Men’ -‘William JamesThe 10 percent myth may have emerged from the writings of psychologist

sets out these evidence refuting the ten percent myth: Barry Beyerstein, a professor of neurology at the Krieger School of Arts and Sciences, discards the myth by saying- “we use virtually every part of the brain and that most of it is active almost all the time.” Neuroscientist Dr. Barry Gordon
: If 90 percent of the brain is normally unused, then damage to these areas should not impair performance. Instead, even slight damage to small areas of the brain can have profound effects.Studies of brain damage1.
2. Brain scans like PET (positron emission tomography) and fMRI (functional magnetic resonance imaging) that allow the activity of the living brain to be monitored have shown that no matter what one is doing ( even during the sleep), most of the brain is active.
: The brain requires up to 20 percent of the body’s energy more than any other organ despite making up only 2 percent of the body weight. Do you think that our efficient brain will spend so much on something whose 90% is not working? Energy consumption3.
of normal adult, brains would reveal large-scale degeneration and it would have been discarded long ago by the process of evolution.autopsy: Brain cells that are not used, have a tendency to degenerate. Hence a Synaptic pruning4.
Thus, what is not understood is how the brain works and how different areas function in unison. Our crinkled grey matter has another mystery that out of all the brain’s cells, only 10 percent are neurones; the other 90 percent are glial cells, which encapsulate the neurones, but whose function remains largely unknown.
Ultimately, it’s not that we use only 10 percent; the truth is we only understand 10 percent of it.
202
SHARES
Share With FriendsTweet