Home » Aside » The Criminality of Indian Politics

The Criminality of Indian Politics 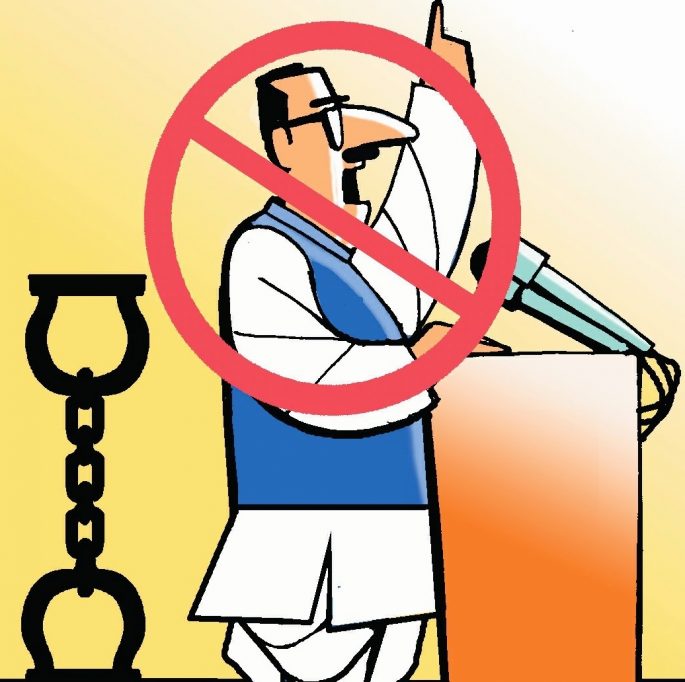 Crime is seen to be one of the prominent attributes of politics; to a common man, it becomes harder to decipher whether a particular incident is the politicisation of the crime or the criminalisation of politics. The political system has failed to evolve over the years, voters repeatedly get to choose between tainted candidates for the fulfillment of their indivdual petty interests. In India, it becomes easier to obtain a party ticket if one has a criminal antecedent, as it improves the chances of winability of the candidate. There are numerous reasons for employing criminals in the political process, as they have entrenched network in the constituency besides ostensibly accomplishing the political task of the politicians with lesser expenses. Apart from accruing bootlegged funds to the party treasury, they also fetch unwavering cadres.

Judiciary too has been let 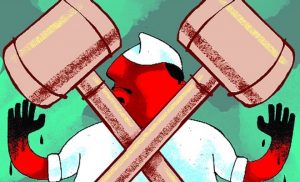 hargic in weeding out the criminals from the politics, which is exemplified when even a convict of heinous crime is bailed to hold political rallies during election and to carry out the political hubbub. There have been instances when the criminal had rule the roost during election, with the practice of bogus voting when the voters wielded their vote to the goon on their decree. The role of the Elections Commission remains shaky with regard to electoral politics in India, and has failed to take firm punitive actions against the malafide parties or candidates who harbour the criminals for narrow political gains. The candidates, contesting even from behind the bars stand as a testimonial to it. The accused endure to manoeuvre their aegis to evade prosecution, mastering the craft of being, reinstated back into politics. The existence of loopholes in electoral edicts, have made the criminal to circumvent the w 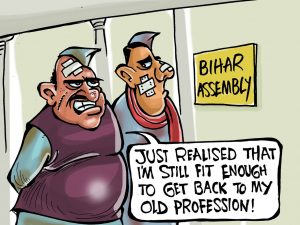 An evaluation of the last two general elections divulge that an accused effectuate than the clean imaged candidate. The election of criminals to the Parliament, only demonstrate voters’ predilection, who prioritize caste, religion and other vested interests over sobriety and constitutionality. The voters here remain poorly inform ed and the criminality of the candidate, hardly influence their voting preference. The voters too try to milch from the criminality of the candidate, as they are adept in disbursing freebies at the societal cost. The social and economic downhill, a resultant of criminalized politics, imposed on the majority of the population is a concerted travail of a few tapered oriented elector and electorate.