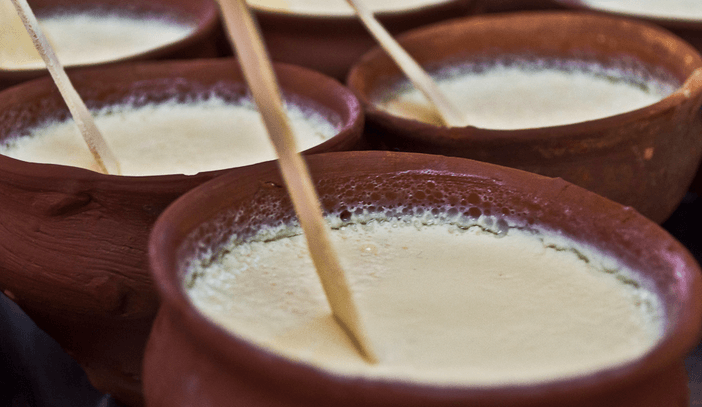 Dahi is the Hindi word for yogurt. Dahi is commonly called Curd or Curds. According to Hindu traditions, eating a spoonful of curd is considered a good omen.

Some other regional names include Doi in Bengali, Perugu in Telugu, Thayir in Tamil, Mosaru in Kannada.

In India, Dahi is most often made from Cow or Buffalo Milk with the Buffalo milk version being the fattier of the two.

According to Ayurveda, Dahi is considered to be a cooling food and is therefore consumed in large quantities during India's long, hot summer season.

In India, curd is regarded as very good for the stomach as it aids digestion and gives a cooling relief from spicy foods.

Some people, who cannot consume milk because they are lactose intolerant, can safely consume curd. It converts the lactose present in milk to lactic acid, making it easier to digest. Also, you do not lose out on the nutritional boost that milk provides.

Nutrients like zinc, Vitamin E and phosphorus make curd a natural skincare product and it is often used as an ingredient in homemade packs. A simple mixture of curd, gram flour and lime juice can be made at home to give you an attractive and glowing face.

Published in Biology and Interesting Facts