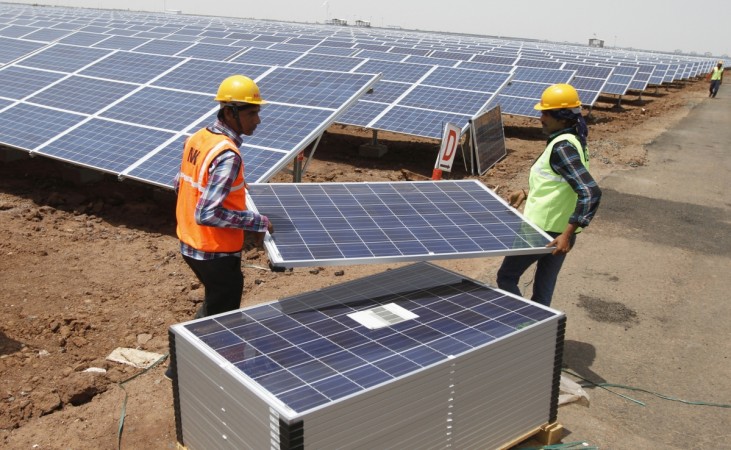 Kamuthi Solar Power Project is a solar photovoltaic power generating station at Kamuthi, 90 km from Madurai, in the state of Tamil Nadu, India. This project has been commissioned by Adani Power.

With a generating capacity of 648 MW at a single location, it is billed as the world's largest single location solar project. The project was completed on 21 September 2016 with an investment of around ₹ 4,550 crores.

The solar power plant contains 25 lakh individual solar panels. These panels are cleaned on a daily basis by a robotic system, which is in turn charged by solar power, thereby making it a self-sustaining system.