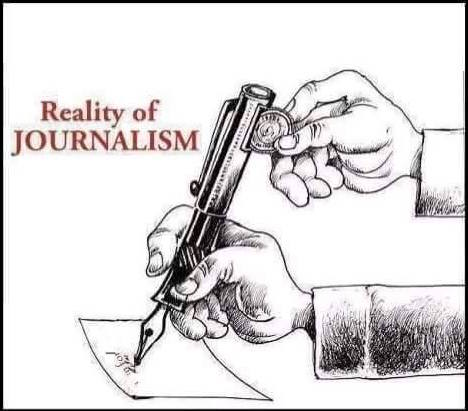 Media is the fourth pillar of democracy and it is the only institution that has permeated into every household. Its main objectives is the dissemination of information to people without any bias whatsoever. But is reality reflective of this promise? The neutrality of media, which used to be the cherished ideals in yesteryears has been compromised by its very practitioner, by turning it into a lucrative craft. The professional ethics that have to be borne by the legman have been slowly but gradually eclipsed in the pursuit to generate news.

Media is one of the most bankable enterprises that promises both economic and political windfall. India has one of the largest circulation of newspapers in the world, running in multiple linguistic publications, besides a plethora of media outlets; both electronic as well as print. The allegation of media being subservient to the political master of the day is not a recent phenomenon. The occupant of a Government earmarked bungalow in Lutyens Delhi being  a media stringer is sufficient to substantiate this allegation. Whatever may be the orientation of the media in India, it has not been subject to censorship except during the proclamation of National Emergency. The dark days experienced since then had not been repeated through any political dispensation, thereby making independence of media a tenet of democracy. 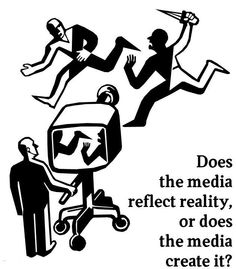 Most of the media outlets remain masked as the mouthpiece of various political parties overtly or clandestinely, indoctrinating the fragile masses with their whimsical notions. The public broadcasters of the Union Government namely, the All India Radio (AIR) or the Doordarshan (DD) have failed to evolve as a flag bearer to the private media enterprises, spilling government failure to understand the gravity of media as an institution in governance. The Ministry of Information of Broadcasting primarily set up to regularize media and other sources of disseminations, including films is beholden to preserve the sanctity and ethics of the institutions and the profession, from being manoeuvred.

The manipulated opinion and exit poll broadcasted on television news channel prior and post-election respectively is one the malafide political practices of the media. The selective outrage, debate or interviews are just the offshoots of it. The colonial hangover of the English media in India, remains intact when the coverage of 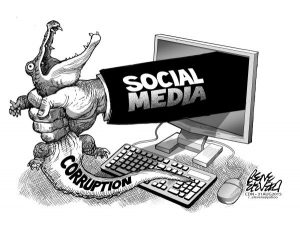 Indian traditional ethos are concerned. The hunger for TRP has made the nascent media to endanger the national security of the country, whose instances are repeated often when the details of the security operations are aired, whereby the Government resort to initiate punitive action against them.

The role of media as a watchdog has been watered down by itself, which is usurped by the Social Media, making the former redundant.