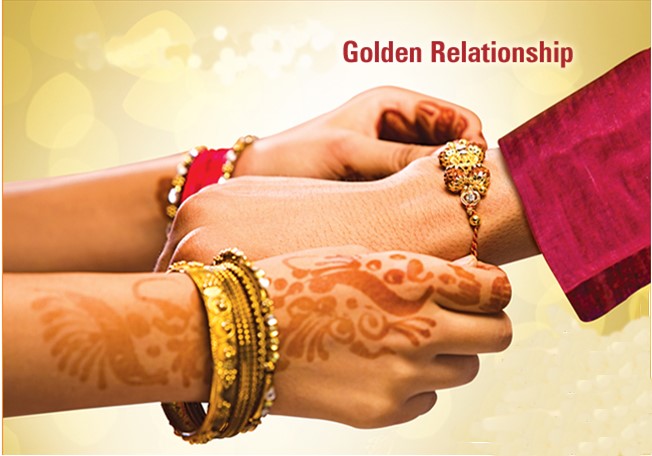 Raksha Bandhan is also called Rakhi Purnima or Rakhi is a festival which defines love and duty of brother and sister towards each other.

The festival usually falls in August, on the full moon day of the lunar month Sravana (on Sravana Poornima) which coincides with Upa Karma or Avani Avittam of South Indians.

The word ‘Rakshabandhan’ literally translates as a bond of protection and on this occasion a sister ties a thread around her brother's wrist as a symbol of protection while he promises to protect and take care of her. It has a social significance because it underlines the notion that everybody should live in harmonious coexistence with each other.

It is not only confined to brother-sister relationship. There are numerous histories and myths linked to the festival of ‘Raksha Bandhan’. The mythological references include the legends of Indra Devi, Bali & Goddess Lakshmi, Lord Ganesh & Santoshi Ma, Yama & Yamuna and Lord Krishna & Draupadi. The story also suggests that the Raksha Bandhan thread in ancient India were amulets, used by women as prayers and to guard men going to war and that these threads were not limited to sister-brother like relationships.

The festival is celebrated with great pomp and show followed by several rituals like- aarti, Pooja, food, sweat dishes. Sister says a prayer for the well-being – good health, prosperity and happiness for her brother, applies a tilak on the forehead of brother. Brother gives his sister gifts such as clothes, money cards or something thoughtful.

The festival provides an excellent opportunity to renew old ties and bonds. It is a refreshing break from the hustle and bustle of modern life where we often neglect personal relationships in the race for the market.