Home » Aside » Ujjain – also known as ‘Greenwich of India’. 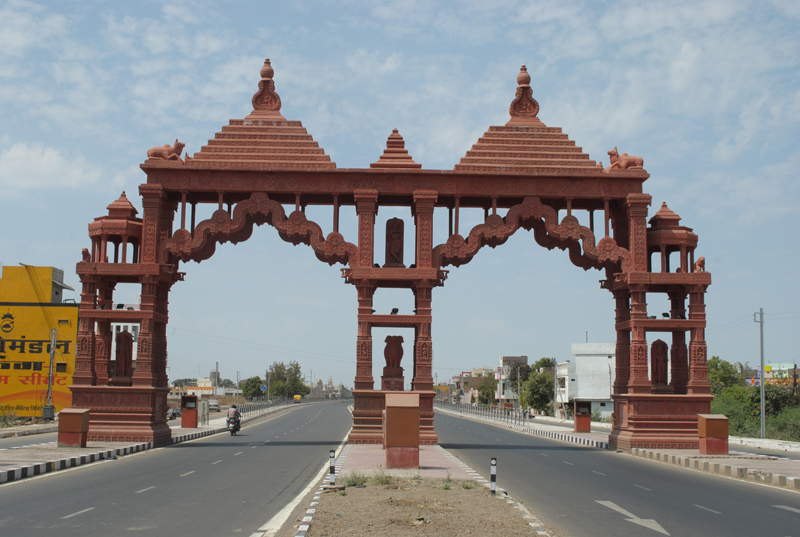 Ujjain is situated at a distance of 56 km from Indore. The city of Ujjain is one of the ancient cities of the country. It is considered to be one of the seven sacred places to attain Moksha. The city attracts a great deal of pilgrims, as it is the abode of one of the Jyotirlingas.

Ujjain city of India is located on the banks of River Shipra and exists from the early days of the Indian civilization. It once used to serve as the capital of Avanti and a center of learning. It is also regarded as the Greenwich of Hindu astronomers and astrologers. The city of Ujjain is considered the Greenwich of India due to the fact that the first meridian of longitude – the Tropic of Cancer passes through it – through the Jantar Mantar.

Ujjain is famous for its Mahakaleshwar Temple. The temple enshrines one of the twelve Jyotirlingas. It is situated near a lake and has five levels. The lingam of the temple is considered as Swayabhu (itself born). Mahakaleshwar temple is located in a spacious courtyard, surrounded by massive walls. It has a finely sculptured tapering shikhara, which dominates the city.

This city situated on the eastern bank of the Kshipra River, Ujjain was the most prominent city on the Malwa plateau of central India for much of its history. It emerged as the political centre of central India around 600 BCE. It was the capital of the ancient Avanti kingdom, one of the sixteen mahajanapadas.

It remained an important political, commercial and cultural centre of central India until early 19th century, when the British administrators decided to develop Indore as an alternative to it. Ujjain continues to be an important place of pilgrimage for Shaivites, Vaishnavites and followers of Shakta.

Ujjain has been selected as one of the hundred Indian cities to be developed as a smart city under PM Narendra Modi's flagship Smart Cities Mission.

Ujjain is located in the west-central part of India, and is north of the upper limit of the Vindhya mountain ranges. Located on the Malwa plateau, it is higher than the north Indian plains and the land rises towards the Vindhya Range to the south. Ujjain's co-ordinate are 23°10′N 75°46′E with an average elevation of 494m metres (1620 ft). Region is an extension of the Deccan Traps, formed between 60 and 68 million years ago at the end of the Cretaceous period. The city is on the river bank of Shipra which falls into nearby flowing Chambal.