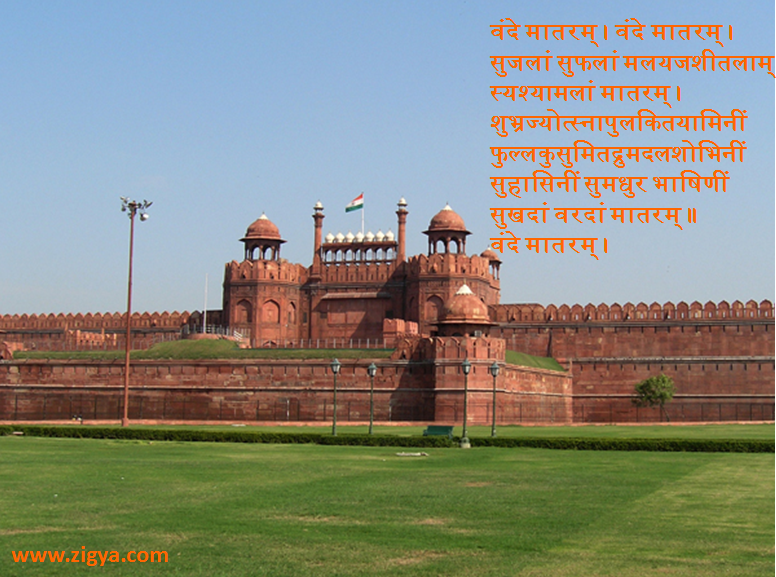 Vande matram literally means "I Pray/bow down to thee, Mother" is a short poem taken from Bengali novel, Anandamath, written by Bankim Chandra Chatterjee. It is a hymn filled with respect and love and dedicated to “Bharat Mata” and independence.

While Chatterjee was returning to his home village from kolkatta, he wrote this poem in train. It was first recited in a political context by Rabindranath tagore at the 1896 session of indian national congress and played a vital role in indian independence movement.

There has been controversy on national song by Protestants as first two stanzas evocates the beauty of motherland and in later stanzas there are references where the motherland is linked to the Hindu goddess Durga.

There after independence in 1950 – the first two verses of song were given the official status of the "National Song" of the Republic India.

India is a country of different languages and cultures. Our patriotic song plays a significant role in binding us together under one roof and keep our loves towards the nation intact.