Home » Aside » Defection in Democracy Defection in politics refers to a person leaving one’s own political party, on which the candidate has been elected, for another political party. Defection is not a recent phenomenon in India politics though; it has been in existence since the formation of the Indian political fiesta. It is determined by vested political interests coupled with the lust for political throne that compels a candidate to defect. A popular adage in Hindi goes like ‘Aaya Ram Gaya Ram’, coined to substantiate this paragon of defection in Indian politics whenever crossing of legislative floors were frequented by legislatures. This has also culminated into the legislation of Anti – Defection in 1985, 52 Amendment under Tenth Schedule of Indian Constitution, which has the provision to disqualify a member of Legislative Assembly or Parliament when he defects to another party. But, the application of Anti- Defection law stands nullified when two – third members of a political party defect to another party, which in that case is termed as a merger.

If the latest political developments are observed, we have instances of defections in the north-eastern state of Arunachal Pradesh, where almost the entire ruling members of the Legislative Assembly defected from the Congress to PPA, a regional party of Arunachal Pradesh, namely the Peoples Party 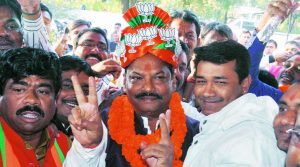 of Arunachal. Here, the defection was cited to quench the regional aspirations of the people by the political leaders who wanted to be in sync with national mainstream. The state being the bastion of the Congress party since its formation in 1857, as alleged by the natives, had failed to address the yearning of the inhabitants. Likewise in the state of Jharkhand, the defection of six Legislature of JVM- P to BJP was ascribed to political instability. Here, two-thirds of the party’s ML 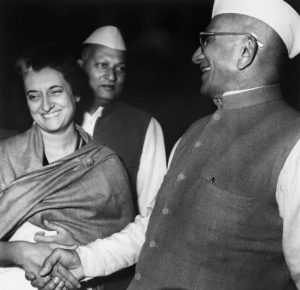 As had switched their loyalties for power in the state that is known for political instability, owing largely to defection and horse-trading. The anomalous precedent of this was that an independent Legislature had gone to become the Chief Minister of State.

This has proven to be a boon rather than a bane in Indian politics nevertheless; the symbol of it was Moraji Desai, the octogenarian leader from Gujarat, who happened to become the first non-Congress Prime Minister of the nation. The larger share of defection in the political scenario is borne by Congress, as a sizeable fraction of political sect’s existence in India is an offshoot of it.