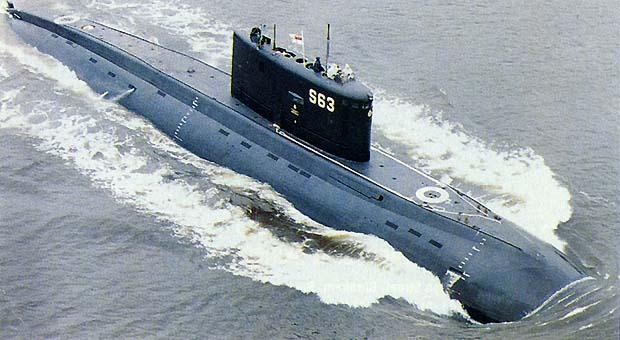 A submarine is a watercraft capable of independent operation underwater. It differs from a submersible, which has more limited underwater capability.

Most large submarines consist of a cylindrical body with hemispherical (or conical) ends and a vertical structure, usually located amidships, which houses communications and sensing devices as well as periscopes.

They range from small autonomous examples and one- or two-person vessels that operate for a few hours, to vessels that can remain submerged for six months—such as the Russian Typhoon class, the biggest submarines ever built.

INS Arihant (अरिहंत)  is the lead ship of India's Arihant class of nuclear-powered ballistic missile submarines. The 6,000 tonne vessel was built under the Advanced Technology Vessel (ATV) project at the Ship Building Centre in the port city of Visakhapatnam.