Home » Aside » The Arena of Armed Rebellion in India

The Arena of Armed Rebellion in India 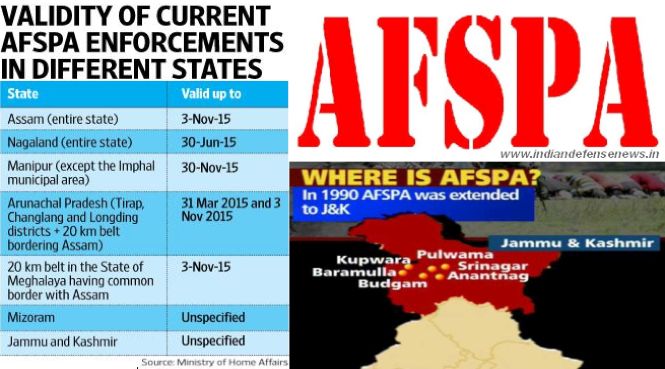 There are multitudes of modus to vent ire against the government within a democratic domain, an armed rebellion against the state being the extreme which is against all forms of democratic ideals. The issue of armed rebellion is generally the characteristics of the autocratic regimes where there is an absence of democratic means to verbalize angst. The democratic countries of the world are not immune and continue to remain infested with this hitch, usually termed as insurgent or rebellions. The armed rebellions against the State is perceived as an act of war, even if it is carried out by its own people. When these hiccups transgress, the state resorts to deploying the Armed Forces of the Country, to contain this vexation or insurgency.

The Republic of India is not free either from this syndrome of insurgency. The larger 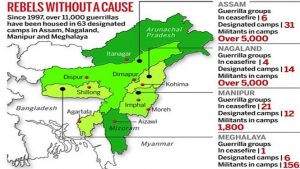 part of North-East and the northern most state of Jammu & Kashmir remain plagued with it. Punjab, a Sikh dominated state that had once remained the pulpit of insurgency nomenclatured as ‘Khalistani Movement’, whereby the Union Government had launched ‘Operation Blue Star’ under the command of the Army to extinguish it. The insurgency witnessed in the seven sister states of the North East, has stemmed from political, socio-economic, ethnic and linguistic impetus. Most of the insurgent groups operating in these regions are secessionist in nature, questioning very the integration of the states with India, while others seeking larger autonomy.

The other violent armed rebellions against the Indian states are manifested even in the heartland of the country, in the form of Naxalism and Maoism. The cadre of this banned terror outfit, known as Naxal and Maoist respectively. Naxalism in India originated from a village named Naxalbari in West Bengal and draws their inspiration from the CommunistParty of India (Marxist) CPI (M). These groups are known to entangle the security forces with their guerrilla tactics and are effectual across 220 districts over 20 states, occupying around 40% of India’s geographical area. The zone remaining under the shadows of the Maoist are known as the ‘Red Corridor,’ which extends from West Bengal to Karnataka in the southwest.

The arena in India manifesting insurgency or armed rebellion is proclaimed as disturbed, leading to the imposition of the Armed Forces Special Power Act (popularly known by its acronym AFSPA) to quell the menace.