Home » Aside » The Pugnacious Neighbour Since its independence, India’s relation with its neighbours has always been amicable, except ocassional spars with its western-most one. Countries like Pakistan and Bangladesh too were part of India in its undivided form until 1947 when fragmentation of India was proposed on the basis of religion. The formation of Pakistan entirely on religious grounds, compelled it to adopt a distinct identity. The ghastly transfer of population from one land to another with religious affinity, still remains the most exploitative form of migration in the human history.

The skirmishes between the neighbours since the division of the country as a sovereign nation started right after the Independence, the first instance of it was in 1947 – 48, when Pakistan tried to invade the princely state of Jammu & Kashmir resul 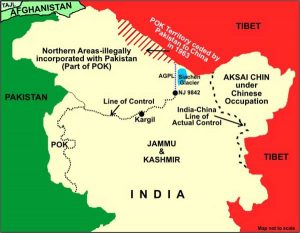 ting in the internationalisation of regional issues. The accession of Kashmir to India is yet a fallacy for Pakistan as a nation, who has two – fifth of it under the anonym ‘Azad Kashmir’, which when translated stands for ‘free Kashmir’. The war of 1965 remains a tale to be told where the Indian forces not only thwarted the infiltration attempts of the Pakistani forces but also marched itself to Lahore, giving the first test of victory to the nation under the leadership of PM Lal Bahadur Shastri post-Chinese debacle of 1962. The war was brought to an end with the diplomatic intervention of USSR and the signing of the Tashkent Agreement in Russia, which was then USSR.

The prime theory of religion upon which the Islamic state of Pakistan was created could not hold itself united. The showdown was orchestrated in Bengali speaking population of West Pakistan, aggravated by the repressive military rulers of the East Pakistan when they rose for the self- determination. The aggravation broke out into war with India in 1971, both in the eastern and the western front where this neighbour, Pakistan had to beat the hasty retreat resulting into the formation of Bangladesh, as Bengali speaking Sovereign nation. This newly born nation, Bangladesh in the eastern side who owes its independence to India has since then acted as a disciplined neighbour. 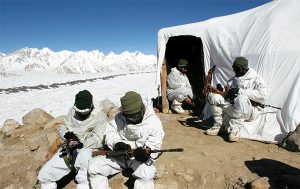 Pakistan has always been an inimical neighbour who has never detested from taking misadventures against India intermittingly. The Kargil conflicts in the state of J & k, when India had to launch ‘Operation Vijay’ to recover the snowy mountains from the Pakistan-backed forces in 1999, was an instance for their misadventures. The conflict-ridden Siachen, the highest battle field in the world remaining a militarized zone hitherto or the regular ceasefire violation at the international border aptly materialize Pakistan as the quarrelsome neighbour.