Home » Aside » Weaponry of Security 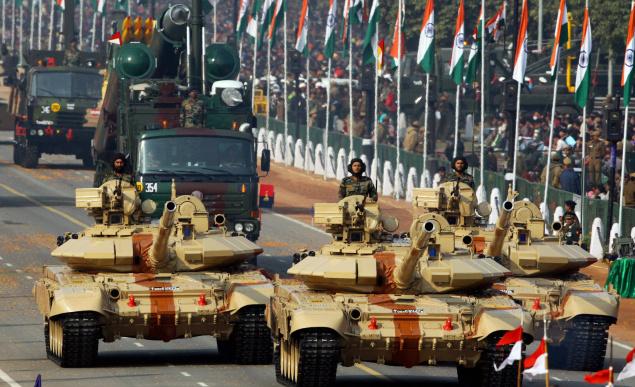 India, the second largest population globally, constitutes the largest democracy in the world. It has unsurprisingly one of the largest standing Armed Forces in the world. The raising of large armed forces in India may be attributed to its two hostile vicinal with whom India has had conflict-ridden history since its inception as an independent nation. Historically though, given the fact that India won its independence without any armed struggles, the first Prime Minister of India, Jawaharlal Nehru had once expressed his desire to do away with army.This was soon rebutted with the onset of the Chinese aggression of 1962. While the inbred manpower of Indian Armed forces has hardly any dearth, its weaponry is largely imported from other nations.

Armed forces are the m 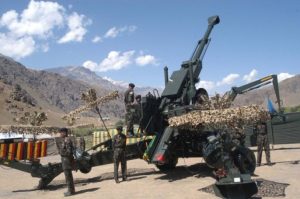 ost nationalistic institution in any nation for which major chunks of the national budgets are earmarked. It is not surprising therefore to state that India is the largest importer of arms in the world and its major part of defence requirement is met through import. The two other largest importers of arms in the world are India’s inimical approximates. This also facilitates the stockpiling of armaments by India, as these region is home to nuclear arsenals, Pakistan being the largest proliferator of nuclear arsenals in the world. China is not only the importer but has also turned out to be exporter of weapons, whose are even shipped to India’s most inimical neighbour. The import of arms by India also denotes vulnerability of national security, the precedent of it was the conflict in Kargil with Pakistan when exhausted ammunitions of the Swedish imported Bofor howitzers were replenished by another nation.

The giant share of defence import is from Russia, followed by USA, France, Germany and Israel which since the establishment of diplomatic relation with it has proven to best preservatives of India’s national security. Every year, billion dollar arms import deals are inked, thereby draining colossal economic resources of the nation. Despite this, India remains inadequate in military preparedness to tackle two front assaults on it. The vulnerability of India’s national security has catapulted it to conduct five nuclear 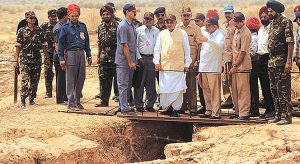 tests with the code name ‘Operation Shakti’ in the year 1999. The test had also impelled the Pakistan to float its own nuclear programme, which it had been pursuing clandestinely from the succour of China. Thus, India’s neighbour Pakistan is only Islamic State in the comity of the nations to possess nuclear weaponry, apart from being the non-signatory of NPT (Non-Proliferation Treaty). Since then, India has placed self-imposed moratorium with regard with nuclear arsenals. Besides, it also professes the nuclear doctrine of ‘no first use’.

India relies heavily on import of arms, which may reflect the futility of our engineering realms and lackadaisical approach of the government to evolve itself as a power hub of the world. With a change of guard at the centre, few policies encouraging the process of indigenisation has been fast tracked, which is exemplified with nuclear powered submarines seen sailing in the Indian Ocean.